Divergent
by Veronica Roth. My aunt warned me that it was a terrible book but I
read it anyway. I wanted to give up – especially – toward the
middle but I kept going. I never read anymore of the series and have
no desire to watch the movies.
I
understand wanting to have an almost unattractive female lead
character. But when her love interest tells her he doesn’t see her as
the cutest person in the world.. it sounds more like negging and
abusive. You don’t have to fall in love with someone because of their
looks but to say it the way he did…felt off.
That
more than likely wasn’t Veronica Roth’s reason for this. She was
probably trying for a female 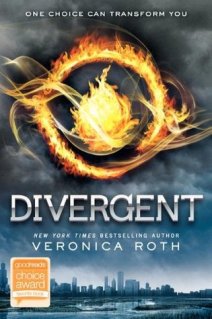 character who was different from other
female lead books. But if I remember correctly the girl in this book
never seemed caught up with her looks or need someone to comment on
them. So, it felt weird that he would and felt like it needed to say
it.

Am
I nitpicking? Probably.

What was the worst book you’ve ever read? Did you suffer through or keep going?